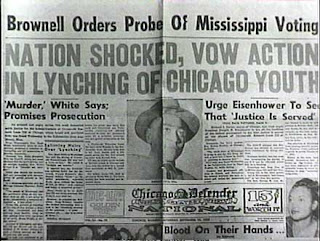 Please excuse my ranting, but I heard a piece on the radio this morning, with Holder claiming his office receives over 100 memos each week on a variety of topics, and he can't be expected to personally address each and every one.

Yes, Mr. Holder, I agree. Being forced to read as many as 14 memos per day is too much to ask of our US Attorney General. You should resign in protest, effective immediately.

and a person whose sole page in American history is about how he pretty much went out of his way to get himself lynched?

He knows he's not going to get pulled up on it, because it's not PC to suggest that a victim might have actually avoided his fate with better judgement.

I've seen feminist blogs where the hosts take serious umbridge at police advice on staying safe, on the basis that they're blaming the victim.